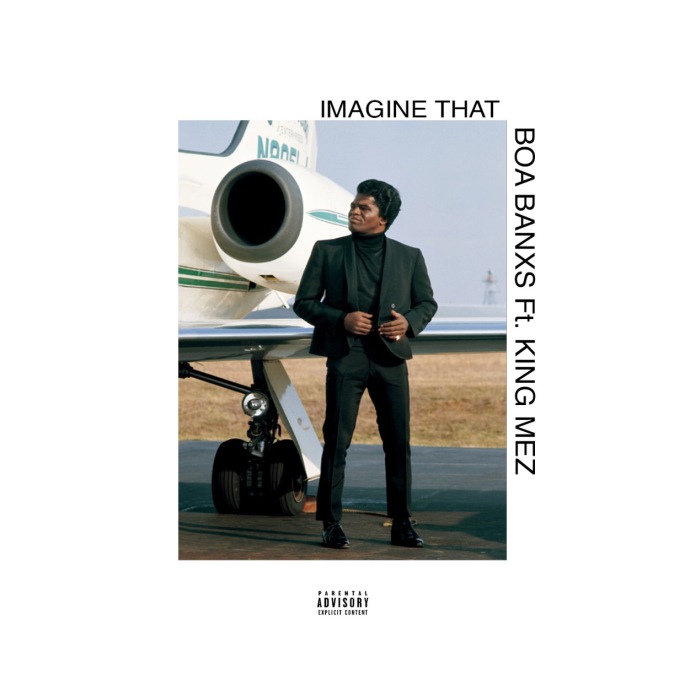 Fellow North Carolina artists, Boa Banxs and King Mez, team up for some new heat entitled, “Imagine That”. This is a follow up to Boa’s recent collab with Well$–“Issue”-which shows he’s able to keep up with the best of NC. “Imagine That” is an easy track to grasp over a classic beat that compliments the delivery and lyrical content of both artists. Mez has definitely made his stamp in the industry with such success like being featured on Dr. Dre’s Compton album so this is a good look for Boa. Check it below.