Last night, Kendrick Lamar gave the greatest Grammy performance in history. As you can see from the above clip, Kendrick did not hold back in giving us images of the incarceration of the black man and the motherland all wrapped into one. This is just on top of all the greatness that has been bestowed upon us this Black History Month especially musically. Beyonce shut down the entire world and Super Bowl 50 with “Formation” and her Black Panther inspired performance (it is also the 50th anniversary of the liberation party this year) making a mass of white people angry, Rihanna drops Anti and goes platinum, Kanye finally releases his album after all of the not so needed hype, despite the loss-Cam Newton made it to the Super Bowl, Saturday Night Live does a hilarious skit of, “The Day Beyonce Turned Black”, in reaction to the white uproar over Bey’s SB50 performance and now Kendrick?! Can it get any blacker? Can it get any more excellent? If you are not already proud to be black, well here is the time.

Shoutout to @KendrickLamar and all the artists at the #Grammys working to build a brighter future. #MyBrothersKeeper https://t.co/XM0KwV3jNB

I am totally loving the fact that we have black celebrities coming together to use their respective platforms to show America and anyone else watching that we will not be silenced. This is our time and we will no longer hide our pride. I am not a Beyonce stan and I honestly don’t really listen to her music but I respect her so much for “Formation”. The lyrics have key components even though they are still simple in structure but it’s really about the visuals. Bey is like Oprah of the music industry. When she endorses something everyone either wants to be apart of it, buy it, talk about it and just down right care about it. Her incorporating the sinking police cruiser, “Stop Shooting Us”, Blu Ivy in her afro prosper and New Orleans in general says a lot about how she wanted to grasp everyone. Kendrick comes even harder with his Grammy performance by showing viewers the reality of, you might enslave us in your prison systems but “WE GON’ BE ALRIGHT”. You want us to forget about our roots but we’re going to show you where we come from and “WE GON’ BE ALRIGHT”. “Blacker The Berry” being the cherry on top of it all, I can only imagine the articles and news stories that angry white people will concoct. It really makes you wonder. After all of these years we have had to succumb to them shoving their lack of culture and standards down our throats but now when we want to show our black heritage and pride on their platforms they want to try and silence us and call it racist. Why not just let us have our moment? We’re not going to stop anytime soon. 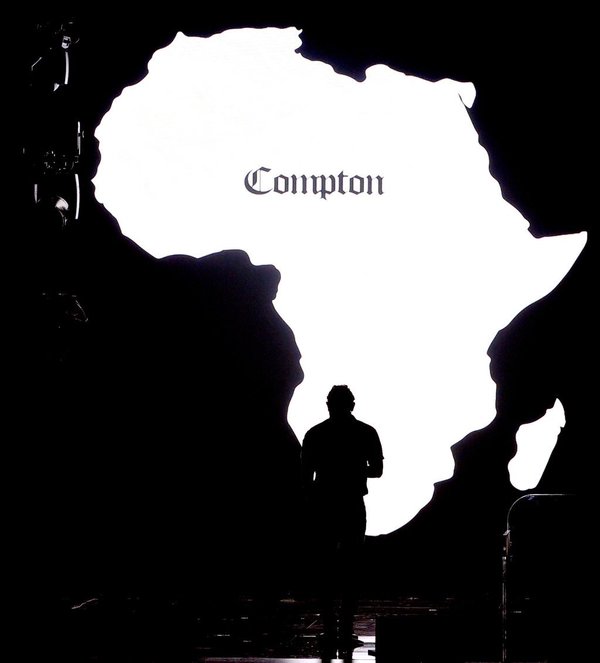 This month has told us that in 2016 and beyond we are unstoppable. We have always been unstoppable so let’s not get that twisted but what we have really needed over the past few years is the backing of black celebrities, especially in music. Music has the power to move an entire nation. It invokes emotions like no other medium can. If black artists continue to make music geared toward rising up the community and embracing blackness we will always be able to accomplish everything we need in life because it will be our background music. The lyrics will be our driving force to continue to be great. If Future helped Cam get to the Super Bowl, imagine what else music can do.

Let’s use music to progress us into shaping our communities and focusing on our greatness. Let it be the background to your motivation into being the change we want for our kids. We have put ourselves on a very high pedestal and with the likes of role models such as Beyonce and Kendrick Lamar shoving our struggles and power down the throats of white America we have them right where we want them. They might as well join the club because we’re done being apart of theirs.