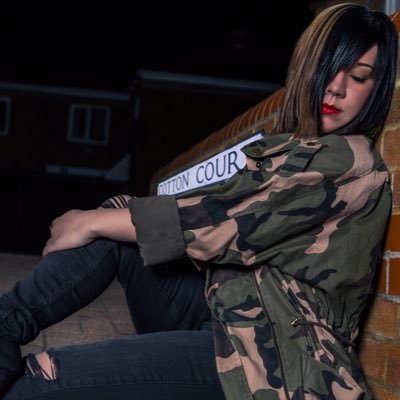 It has been a long time coming for Drake to drop his newly anticipated Views album and with it finally here there was one single leading up to the release that kept everyone quenched. “One Dance” is on it’s third week being No. 1 on the charts but it wouldn’t be such a success without the vocal styling of UK artist, Kyla. Even further, it wouldn’t be a success without the making of the original track from Errol Reid (aka Paleface – member of Crazy Cousinz and Kyla’s husband!) entitled, “Do You Mind”. This was created back in 2007 and fast forward to 2015, Drake uses the track to re-create another hit. Kyla’s voice is enchanting and really carries “One Dance” along and for that I wanted to know how this sensation felt being featured on Drake’s track.

ToD: Why do you think Drake wanted to use your “Do You Mind” track for his “One Dance” single?

Kyla: I don’t really know, other than he liked it (haha), but apparently he had heard the song over the past two years.

ToD: What was it like when you found out Drake wanted to use the single for “One Dance” and how has this pushed “Do You Mind” even further?

Kyla: It was initially a sample request but Drakes’ team asked if I’d like to be a feature. I couldn’t believe it, I thought it was an April Fool’s joke because of the timing; it’s still surreal now. It’s made the song current again, I’m just happy that I’m involved in Drake’s version.

ToD: Would you like to work solo with Drake on a song and what kind of sound would you go for?

Kyla: Who wouldn’t want to work with such a visionary? Drake is the biggest rapper out there so I know that if given the chance the sound will be out of of this world. I have a jazz, R&B and pop sort of sound so, who knows?

ToD: What do you have planned next musically and what are some things you have been working on? Can you share any promo plans on pushing “One Dance”?

Kyla: I’ve been recording again for about a year now, so I have some exciting things on the way where you’ll finally get to hear my different sounds. Right now, due to the nature of the release I’m doing loads of press interviews and working on new material.

ToD: What are your thoughts on the latest wave of a reggae house sound to immerse strongly within genres like hip-hop?

Kyla: I think it’s amazing how different genres are forming a new wave of sub culture, music collaborations and literally the music world is making art again – whatever is happening it’s a great thing.