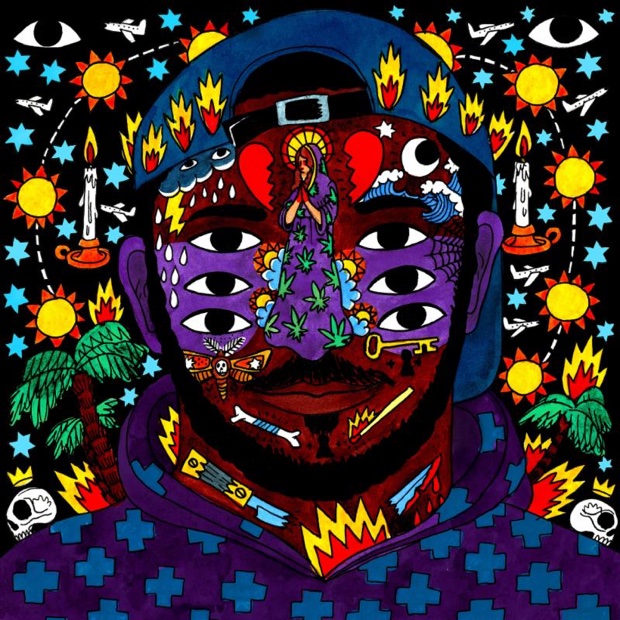 It’s almost been a week since the release of Kaytranada’s debut album, 99.9% and I already can’t count the times I’ve listened to the album front and back, shuffled, in the car, lying in the bed, taking a shower and more. It is has such an enchanting intro with “TRACK UNO” and it is that signature sound from the Haitian-Canadian producer we recognize immediately. It makes you want to dance and vibe-which is per usual of the creator-but then he slows it down for us with the next track, “BUS RIDE” featuring Karriem Riggins and River Tiber. The producers and instrumental contributors like the latter and BADBADNOTGOOD are good placements for the project and they blend well with Kaytranada’s visions. Kaytranada has some amazing vocal features on this project from AlunaGeorge, Goldlink, Vic Mensa, Anderson .Paak, Syd, Little Dragon, Craig David and more. Each one of the vocal features on their tracks are perfect and flow seamlessly with his production. Craig David is the first voice we hear on the album on  “GOT IT GOOD” and from the first listen, the lyrics made me form a duchenne smile. It’s always nice when music can relate to a current situation in your life and that one did it for me. AlunaGeorge and Goldlink have a pop of chemistry in “TOGETHER” as Vic Mensa goes mad in “DRIVE ME CRAZY” next. We then have an instrumental that reminds me of something you can find Uma Thurman driving to her next victim to in Kill Bill if Kaytranada produced the soundtrack. It’s a nice break but then Phonte comes in on the celebratory track, “One Too Many”. I know one night I will find myself stumbling inside my house and playing this song as I drunkenly dance and sing along. Then as if it was the outro to “One Too Many” comes “Despite The Weather”. I had to play this multiple times throughout the rainy days we saw within the past week to cheer me up. It has summer 70’s vibes; if I could direct the video for this I would place it in a 70’s time setting. It’s smooth, airy, magical and groovy. My favorite track of  the entire project is held to “GLOWED UP” featuring up-comer, Anderson .Paak. He rides over the beat with his raspy voice and his line, “…Walking in the form of my elders, bitch I’m glowed up…”, really stays with me because I live to make my elders proud and damn it I have glowed up myself spiritually, physically, and mentally within my life. This track pumps you up and rises your ego and it brings you back down to Earth with the lethargic ending. No worries, your spirits rise once again when “BREAKDANCE LESSON N.1” slides in, giving us more dance vibes that wouldn’t make sense if we didn’t from the title. I’ve never tried to breakdance before (always afraid of breaking my neck) but I imagine you could create a nasty routine to this production. Kaytranada keeps it flowing with “YOU’RE THE ONE” featuring The Internet’s Syd and her soothing voice really carries the uptempo feels and also makes my heart warm because of the loving words. Another instrumental break comes in with “VIVID DREAMS” featuring River Tiber once more and “LITE SPOTS”. The visual for “LITE SPOTS” dropped yesterday and it is so cute as the producer is seen birthing a robot that he teaches to dance and takes on dancing adventures. I’m always weary of robots because of movies like iRobot but if I could have one that was a dancing machine and down for a good day I would happily take it. Kaytranada decided to put “LEAVE ME ALONE” featuring Shay Lia on the project which has been floating around for the last two years. He ends the 15-track electronic trip with “BULLETS” featuring Little Dragon and it’s a good way to end it all. It encapsulates the entire sound of the project almost like a recap to everything you just listened to plus more. This is an album that you can play on the way to work or even at a family function. There’s a track for everyone and it’s nothing but feel-good vibes that are much needed for the summer.