North Carolina will always be my home and just because I have located to Connecticut doesn’t mean I haven’t stayed connected to my roots and watching the rising artists of the state. I have curated a first quarter list of 2016 of artists (in no particular order) that I feel are making the most noise in NC right now when it comes to mixtapes, singles, visuals and tastemaking. 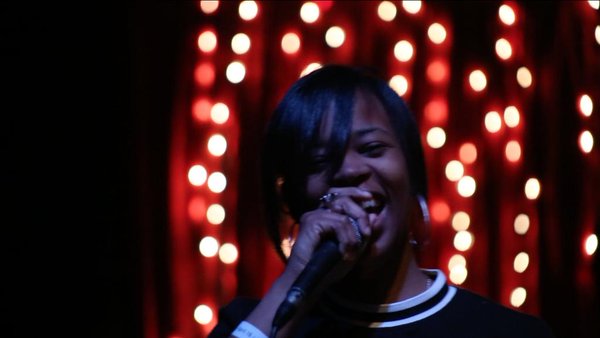 I’ve always been a big fan of Tange and she has really been going full force so far in 2016. From releasing her No Hard Feelings EP earlier this year and other singles afterwards, being featured on tracks with Frais, Lynn Kieno, Ralphy London and performing around the state-she’s been progressing through her music and environment but still keeping her cool, collected demeanor. She recently just released a visual for “Voicemails To God” which we find Tange showing appreciation to the most high over a R&B inspired production in a room with a red telephone. Who know’s what is next for Tange but continue to watch. 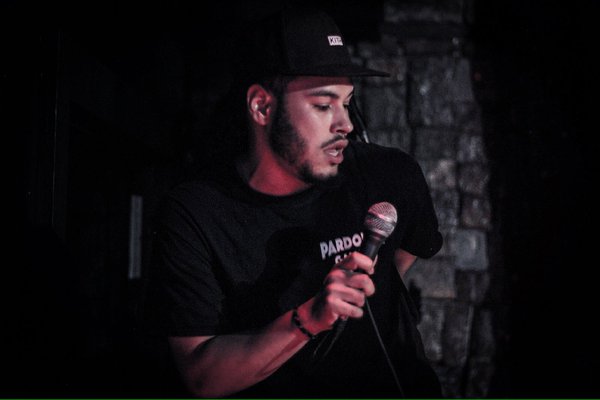 Stevie Blanco of the collective KumoMachi has really been holding it down for his crew and successfully reviving his music career all at once. He has been seen at SXSW, ChromaFest 3, Distoredd’s Art Pary: Charlotte Edition, Player Made, May Day and more so far this year. Stevie has also successfully created an art party experience of his own within Charlotte called, The Brib. He perfectly brings visual artists to meet musical artists inside of a venue with nothing but turnt up vibes and it’s already on it’s third edition. As far as music is concerned, he released a three track EP entitled, Blanco, that was premiered via Broke2Dope. You can stream that below and make sure to follow Stevie on Twitter to stay up to date with all of his moves and The Brib.

JK The Reaper is without a doubt one of the most hardworking upcoming underground rappers coming out of NC. He has been going on tour all over the country with Denzel Curry and C9 and others-making guys mosh pit and rage and girls drop their panties. Even between all of the touring, he has managed to release loosies and the followup to his first Almost Angelic EP with Almost Angelic 2. I haven’t had the opportunity to see him perform this year but I def have to get to one of the shows, they always look so lit.

When is Frais not making noise and just everyone in the 006 set in general. A few days ago he announced he’s going on tour soon with “some really good friends” he calls family and we’re waiting on the official announcement to see who this tour collab is with (I have a feeling it might be The Smokers Club). His latest banger of 2016 is “Wrkng” and has accumulated over 80,000 plays on Soundcloud in just a month. The video for the track is impeccable and the helicopter scene is what really brings it over the top. Check it out below.

Everyone’s favorite uncle in the 704, Boof, isn’t a musical artist but he’s putting everyone on to some good shit with his “Where There’s Smoke” playlist that have some of the best in the underground. He also keeps his name alive by throwing parties that are cultivating culture such as “Time 2 Shyne Tour” and others that haven’t technically had a name but have been a riot. On top of it all, you can find him promoting the clothing brand, Love Blowin’ Smoke, and he just released some “Boof Mobile” shirts. Listen to the second installment of his “Where There’s Smoke” playlist.

C. Shreve has been very consistent since the start of the year by giving constant music to fans to keep them on their toes for his just released project, Twenty Sixteens. The project is nothing short of original hip-hop that we have come to know and love from the Professor. It’s a boom bap fueled journey into the 2016 mind space of one of North Carolina’s most distinct voices through the rough construct of twenty verses.  Of course, you can find him putting together cyphers in Asheville and performing around NC. Stream his latest Twenty Sixteens below.

Not many artists can self-manage themselves and actually create a fanbase and book their own shows but Baby Jesus is on top of it. His “Who Is Baby Jesus?” documentary series has featured celebs such as Boosie Badazz, Young Thug, Plies, DJ Khaled and plenty of more. He also recruited Skippa Da Flippa for his “Dab City” remix. He just dropped two new visuals within the last week, “Light Show” and “Safe Sex”, and both already have over 30,000 views. All artists can take a few notes from the Baby himself.

Jayway is repping for Hidden Valley in Charlotte, NC and is making moves on the East and West Coast. Jay created his own “Freshman Tour” in the Southeast earlier this year, performed at SXSW and even got Kevin Gates for his track, “Drop Em Off”. His recent project for 2016 is GodSpeed, which is a 18-track mixtape featuring Face Lucci, Kevin Gates, Purptana, Bankroll Bird, Lil Boosie and more. It’s a must listen and you will become an immediate fan of Jayway half way through the tape. You can listen to the tape on Spinrilla.