Fresh off receiving “Best Hip Hop Group in the Carolinas” for the second straight year (by the Carolina Music Awards) in Raleigh over the weekend, Free The Optimus releases brand new visuals for C.Shreve the Professor’s single, “Asystole”. Filmed and directed by Andrew Anderson Films in Asheville, NC, the video features cameos from Mike L!VE, Hunter Bennett, and DJ Jet’s 1996 BMW. It’s an all around aggressive affair as Shreve rips through a single verse with malice to leave “fakes and frauds” in flatline (asystole).

Shreve has this to say of the track:

“A lot of my perspective is from having had to make my way in several city’s music scenes from the outside looking in—which I know a lot of other artists and humans in general can relate to—and the challenges and obstacles that come with it. Mike L!VE experienced the same thing when he moved from Raleigh to Asheville. A lot of cats that are established won’t open doors for others for whatever reason. I think that’s fraudulent and deserves being dealt with.”

Check out Shreve and FTO live this fall as they complete his #TwentySixteensTour with upcoming dates in Nashville, Louisville, Raleigh, Durham, and Philadelphia. Dates for the tour are below the video. 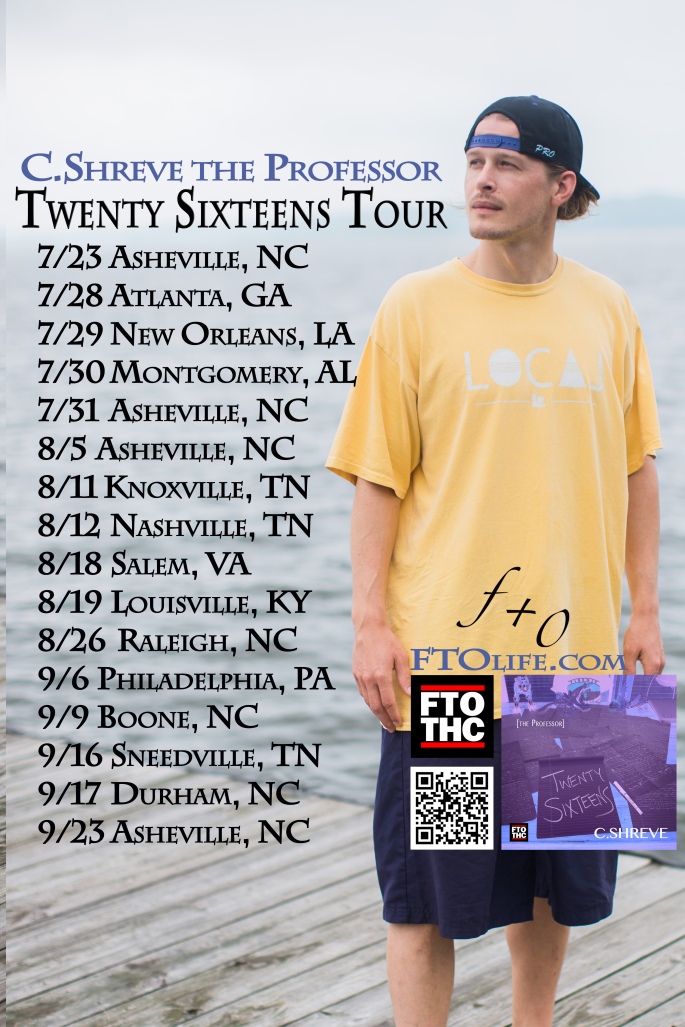 One thought on “Asystole x C. Shreve The Professor”