Jamez London has touched the North and South regions of the East Coast and is now on the West Coast pursuing his musical career. Growing up in New Jersey and then locating to High Point, NC, London was able to use the different sounds of both locations to help shape a unique, saucy and bass enhanced sound. He has released two projects this year including 3 PHVSES and Fiji Codeine-the first is his life before moving to California and the latter is life after arriving. London can be found attending the Recording School at the Los Angeles Film School these days and soaking up some nice Cali vibes. Below we discuss the influence of growing up in two different regions, the significance of his two EPs of this year, how he would make a change in the community and more. After the jump, listen to his latest project Fiji Codeine.

ToD: You moved around a lot growing up from being born in New Jersey, moving to High Point, NC and now Los Angeles. How would you say these locations helped to shape the artist you are today?

JL: The locations really helped me because I picked up different influences, sounds, styles and more while still keeping my roots. Jersey will always and forever be home but at the same time so is High Point. Being in the south is where I picked up my “trap” roots.

ToD: Which region do you feel has the best music in terms of today? Which scene have you noticed supports other artists the most?

JL: That’s a tough one. Region wise, the East Coast (mainly Atlanta) is very influential in today’s music but the West Coast has the diversity factor. Many different listeners of many genres, no matter what, they got you. They’re open to new music, if it’s good, but I know for a fact if I were to do a show in the A…I would  be on!

ToD: Why did you choose to attend the Los Angeles Film School and not somewhere in NYC?

JL: Well, I chose the LA Film School for 1. I live in LA and 2. because it’s a very prestigious school. It has a recording school which is where I attend. Trust, being a Jersey kid nothing would be more plush than to be at NYU where they house you in Aloft or something (lol). I’m however learning things here that are not taught at the other schools, so you know?

JL: To be honest, I just do what I feel. I create “sauce” music at times but what I really create, I give you moments of life in about 10-12 tracks. I feel the world needs more honesty. It’s too many lies being told. Too many false advertisements. Too many false hopes. People say, “what about dreams?” Dreams are yours. No one can take that from you if you it bad enough.

ToD: You’ve released two EPs this year, how have you grown within the 5 months of releasing 3 PHVSES and Fiji Codeine?

JL: I dropped Funnel Cakes last year in September. I just wanted to do something different with that one but still keep myself in it. 3 PHVSES was small, straight to the point but still a great work. It shows that I’m relatable. People can connect with that. Fiji Codeine was my first few months of being in Cali, news I was getting from back home, things that were going on in LA. I gave everyone a taste of that part of my life at the moment.

ToD: What significance does each track hold to you within 3 PHVSES?

JL: 3 PHVSES, each track has it’s own meaning. It shows the before of me coming to Cali, getting out of a non supportive relationship, leaving my family and coming to terms with why I left knowing that it’s for a greater purpose. 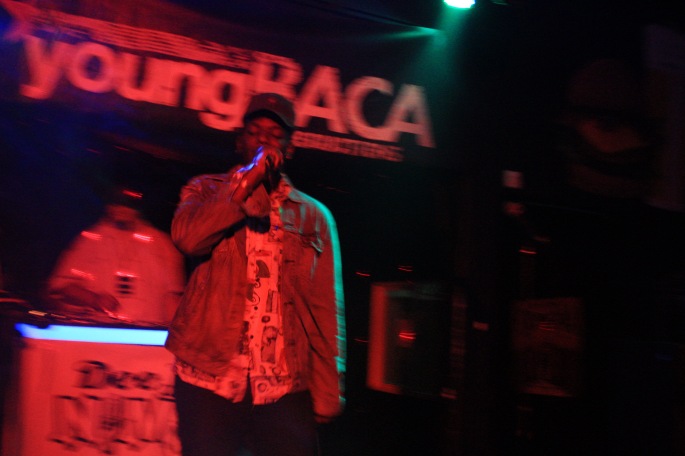 ToD: Nowadays, people want to uphold artists to a certain societal standpoint and speak about community issues. How do you plan to be a leader in the community so that people know they can count on you?

JL: If given the platform, I would definitely like to attack the homelessness problem and really get people involved. I would also like to have my own charity. That would make my mom very proud.

ToD: What were your thoughts on Lil Wayne’s comments regarding Black Lives Matter? How do you think as a people we can help artists that seem to be lost in relating to us?

JL: Wayne just doesn’t want to be apart of it but the thing is, you are whether you want to be or not. Your platform. Your persona. Your skin color. Bro, you have to speak up for us who can’t be heard. We need to let them know they have to do that for us.

ToD: What are you currently working on?

JL: I’m currently working on something that is still in the production stage. I’m making all of the beats and I want this to be perfect in a sense. It will be my debut album. It’s going to be on all major streaming outlets. This will be some of my best work.

Jamez London wants to leave everyone with these last words: “I just want to say thank you for interviewing me, I really appreciate it. Everyone follow me on all of my social media at James London. Shout out to all my people, family and listeners. Thank you.